From Lameshure Bay on St John we sailed to Culebra, an island at the east end of Puerto Rico — one of what’s often called the Spanish Virgin Islands. I liked the harbor at Culebra. It was big, with boats from all over the world, and there was a nice bar/restaurant called the Dinghy Dock — what could be more welcoming than that! Steve has vacationed in Culebra several times, so he rented a car for us and played tour guide, taking us to see the beautiful beaches.

Then to “mainland” PR. We anchored off a cayo (cay; islet) with a marina, but the marina turned out to be for condo residents, offering no services for us. So we moved to Sunbay marina right on the mainland. Dinner ashore, showers, trash disposal, water and electricity. At Nora’s suggestion we rented a Jeep for a day and drove up to the El Yunque national rainforest. The visitor center alone was very impressive — a huge structure nestled peacefully into the forest. If this is our tax dollars at work, I think it is money well spent. We hiked in to a waterfall for a high pressure shower.

Leaving the forest we decided to drive to San Juan, and explore some of the old city. El Morro fort, that guards the harbor entrance. And a walk through some of the old/chic streets to a good restaurant. Fun day!

In the morning we had to get going because it was 40 miles to the next good anchorage. A lot of motoring in light winds to Puerto Patillo. Pleasant anchorage. Then another 30 miles under spinnaker to Caja Los Muertos, an island park which could be translated as “coffin” or “dead mans chest”… Pretty place with a nice walk to an old lighthouse at the summit. We met a ranger ashore, and I tried to connect with some humor that was not well received. But Steve brought up the subject of baseball, and suddenly we were all good buddies.

In the morning another 30 mile spinnaker run to Mata La Gata, which might be translated as “kill the cat.” Nora had a recommendation for this little cayo as a quiet place. But when we arrived there were many powerboats parked there and lots of partying going on. Turns out it was a holiday (Emancipation Day). We anchored away from the crowd, which was all gone by dusk. We had a blustery but peaceful night.

Next day we had a pleasant sail around the SW corner of Puerto Rico, and up the west coast a little to Boqueron. Beautiful big calm bay, with room for hundreds of boats; not more than a dozen anchored when we arrived. We headed ashore and connected with a taxi driver (Steve made another baseball buddy), who took us to Mayaguez to the customs office to clear out. Puerto Rico doesn’t require that we clear out, but the Bahamas will want to see a clearance when we arrive. So we requested a “courtesy clearance.” The officer asked when we were leaving, wrote the date/time on an empty form, stamped it, and said, “Fill it out before you get there!”

After lunch we bought groceries and diesel, and in the evening we went back ashore in search of dinner. We met the crews of two other boats on the dinghy dock, and we all dined together. Wayne is a singlehander from Texas, who had an amazing story to tell of losing his boat in a hurricane off Key West, and being rescued by helicopter. He says a screenplay has been written about the tale, and it may turn into a movie soon.

Lyndon and Lisa are sailing an old Hinkley 42 named Moon, and I found them both to be delightful. Lyndon is an ecology scientist/mathematician, team leader and expert witness, and conducts his business from the boat. He had a lot to tell us about fish feeding behavior, and how and where to catch mahi mahi. And even though Steve bought two fancy new lures today, Lyndon has offered to supply us with a “hoochie” (lure “squid” or skirt) in the morning that WILL work! Lisa is taking a 3 year sabbatical from her nursing career. I would love to meet with them again, but we are sailing in opposite directions. Maybe Hallie and I will visit them in Seattle in a year and a half, when they plan to return there.

So we go in the morning. The weather is messy, and it will probably be a lot of motoring initially. We may stop at Isla Mona tomorrow, half way to the Dominican Republic. But we are not planning to stop in the DR because we haven’t enough time to do everything. We need to get to the Bahamas!

All in all, Puerto Rico has provided some very nice cruising, and has exceeded my expectations. 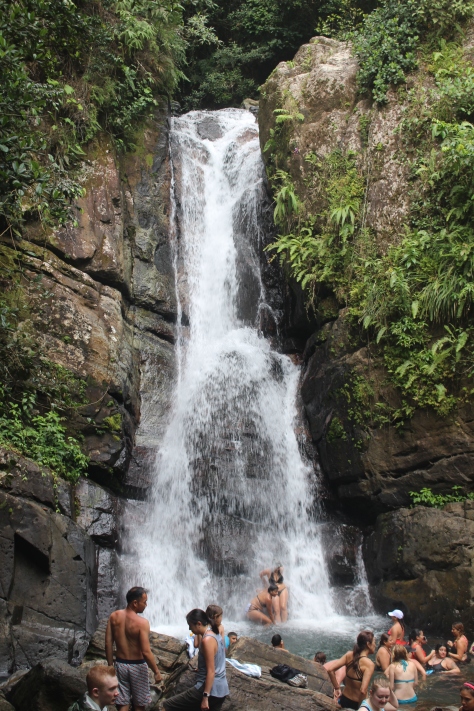 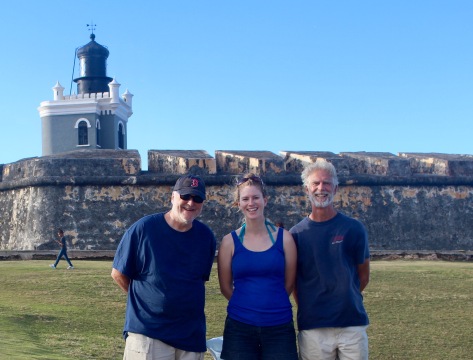 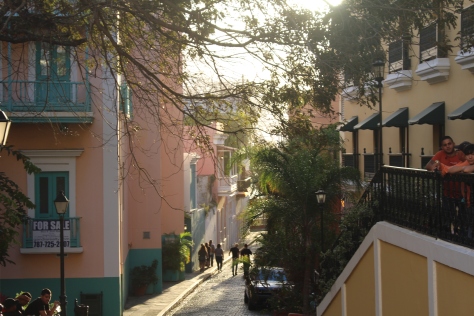 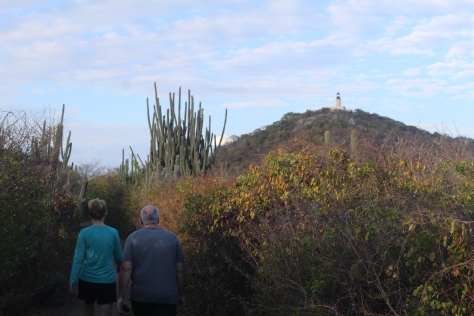 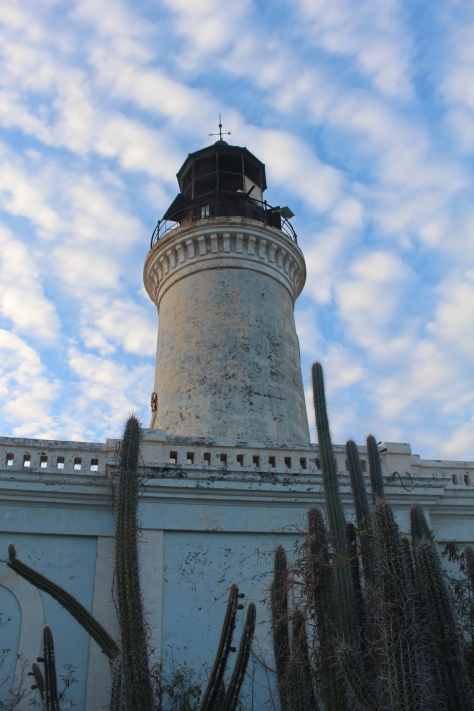