Winds were light when we departed the Bahamas. But the day was beautiful and the shallow Banks were delicious, so we set the spinnaker and ambled slowly along. Who cares if it takes an extra day to get to the USA…? After sailing all day, the water was still only 15 feet deep, and there were no waves, so it was very enjoyable. At one point when the wind went extra light, Bob and I went for a “swim.” That is, we hung on to a line trailing behind the boat. Two and a half knots may feel like a standstill on a big catamaran, but it is plenty fast when you are dragging in the water behind it!

During the night we made it West to the Gulf Stream (we had coordinates for its path provided by Chris Parker the weather guru). We turned right to ride the Stream northward. The wind was mostly lighter than we would have liked, but as a result the Stream was very tame — none of the steep breaking waves that it is infamous for. The sailing was pretty slow but our progress with the current was impressive. At one point we were going ten knots over the ground, with just nine knots of wind. We easily did a 200+ mile day (though we didn’t track exactly what our noon-to-noon run was).

As we moved north, east of St Augustine and then Georgia and South Carolina, the wind fell to almost nothing, but it forced us more west than we wanted, pushing us to the edge of the Stream. THEN it got lumpy. I don’t understand why the ride was incredibly smooth up to that point, and with the same wind/current it got choppy toward the western edge, but that’s what happened. We motorsailed to move out of the area, and soon it had calmed down but the current was gone — we were across.

I had thought we might continue on to Southport, NC, but being out of the current and with no wind, we motored toward Charleston. I really enjoyed Charleston on the way south two and a half years ago, so it seemed fitting to “cross our wake” and declare my circumnavigation complete there.

YES — I have sailed around the world! 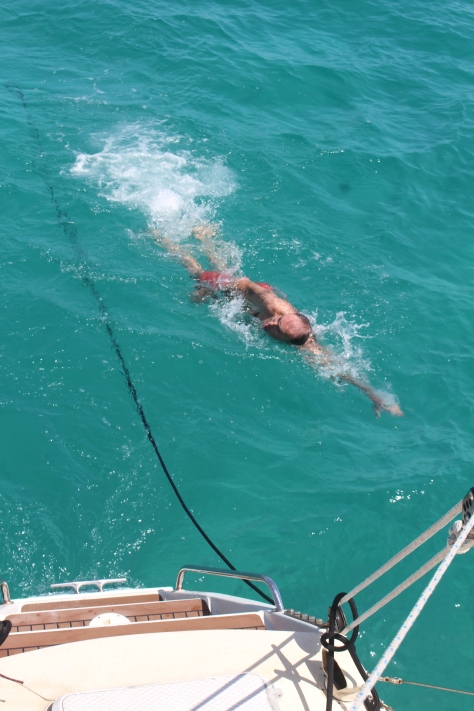 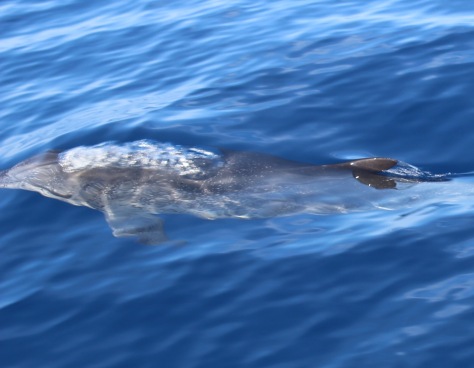