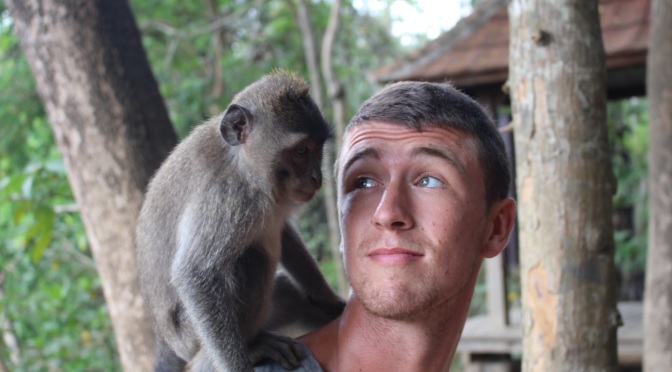 Lombok is the next island east of Bali, and the primary activity planned was to leave the boats and fly or ferry to the well-known Hindu island full of resorts. We only had one full day in Lombok before Jesse and I planned to go. Jesse convinced Tim and me to rent motorbikes with him for the day, and ride to a waterfall 2+ hours away.

Riding in Indonesia is a scary/fun challenge. We’re used to driving on the left at this point. But in Indonesia that seems to be about the only rule. Lots of creative driving, especially when it comes to passing, which is pretty much all the time. If the road is wide enough for, say, one car plus two motorbikes, many drivers expect that combination to fit, without any regard to “sides” of the road. So, for example, a car might pull half way into the right lane to pass a motorbike, despite the fact that a motorbike is approaching — it will still fit in the remaining half a lane. In fact, cars tend to pass like this even if there are TWO oncoming motorbikes, side by side. This arrangement won’t fit, but it is assumed that the two oncoming bikes will get into a single file when they see a car approaching in their lane.

More frequently it is bikes passing cars or trucks. The bikers will pull up until almost touching the car, waiting for a chance to pass. Several may all pass at once, filling the passing lane, zipping back to the left (or maybe just to the middle) just before hitting oncoming traffic.

And then there are the more unexpected obstacles. Tim had a momma goat and her kid run out in front of him, and the kid began nursing in the busy road. And there are the motorbikes that have loads the width of a car — often display cases used for selling something on the side of the road, packed up on the back behind the biker.

It became a quest to make it to this waterfall. Tim’s bike overheated. We (Jesse) found a bike shop where they added coolant. But before long it overheated again. Jesse found another shop. This time the guy pulled the cover off the engine, exposing an air filter thoroughly clogged with dust and volcanic ash. He cleaned it out with compressed air, and the problem was solved.

But we still had wrong turns and bad directions to cope with. We doubled back a couple times, and then a guy asked me if he could help. When asked about the waterfall, he said you need a guide to go there…and he was a guide! In fact he was a guide who normally takes people on a four day trek up the volcano, but the mountain was closed so he was home with nothing to do. We hired him.

It was a 45 minute walk to the waterfall. Very nice. Cold water! On the way back we walked in an aqueduct tunnel, part of the way in total darkness. Our guide left us at a restaurant with a view, where we rested and fueled before our long ride back. It was an adventure of a different kind, and fun.

Next day a car takes us to the “fast boat” to Bali. The cost had gone up since the quote we got two days earlier, because the Lombok airport had closed due to the ash. So all those who would have flown were trying to get seats on the ferries. Whatever. The two hour ferry ride was only moderately unpleasant. And the subsequent two hour minibus ride to the resort was fun because of all the sights along the way — temples instead of mosques, amazing statues, stone carvings and other crafts along the street, colorful decorations/offerings,…

The resort is wonderful. Quiet. Relatively cool up in the hills. Cooler still in the air conditioned room! There’s a shower with hot water. Another shower outdoors. Plus a private jacuzzi/pool. Great place for a romantic getaway. Or a recharge break from your yacht!

We rested a lot in the air conditioned room, and we ate mostly western food (great breakfast with bacon and eggs, and good pizza at night); we got massages at the resort, and hung out some in our private pool. But we also took the shuttle several times into the town of Ubud.

Ubud is a fun place, though totally “touristic.” Hundreds of little shops and restaurants, and sidewalks filled with mostly white people speaking many languages. We bought our share of crafts. We enjoyed strolling through the monkey forest. We attended two dance performances. The first was a Women’s Kecak Fire Dance in the outdoor grounds of a temple. Just as the show began, it started to rain — for the first time this season! The performers continued for a few minutes, until it became clear that everyone was getting soaked. Then we all hurried up the street to another temple with an indoor space. It was very funny seeing one of the cast perched on the back of a motorbike with a lighted fire stick in each hand, switching venues. The rain made the evening all the more special, and we thoroughly enjoyed the show. We returned for another type of dance/music the next night, which was merely…interesting.

We met an American woman in town who was in Bali for a “destination wedding.” But everyone else was coming from Australia, and the airline they were using had canceled all their Bali flights (volcano/ash), even though the Bali airport was open. So she was traveling/vacationing alone, not sure if the wedding was going to happen or not! She thought it might get rescheduled, but in that case the one person who made it to the original venue was going to end up missing the wedding, because she couldn’t afford to come back from the USA a second time!

Three days in the resort was about right. It was starting to get to the point where we were growing accustomed to the air conditioning and good food any over-the-top service. Maybe we would like to stay another month… No, back to the boat and the grit on the deck and below, and the stifling heat. But with a will the three of us manned the manual pump to wash the decks, and after an hour of sweat I felt much better about being back aboard.

We had a big supply of food delivered to us ($3,000,000+ Rupiah), we bought a few more gifts right on the marina grounds, and we are almost ready to go. Our biggest need is more cash. I keep getting the maximum available at the ATM (usually 2.5 million) and a day later it is gone (mostly toward the food in the latest case). Our next stop is Kumai (a stop recently canceled due to the big fires on Borneo, but now reinstated after some rain fell). There are no ATMs there, so we have to load up on cash before we leave. We have another day before our scheduled departure, but we are ready (mentally/emotionally) to move on and leave the damn volcano in our wake. 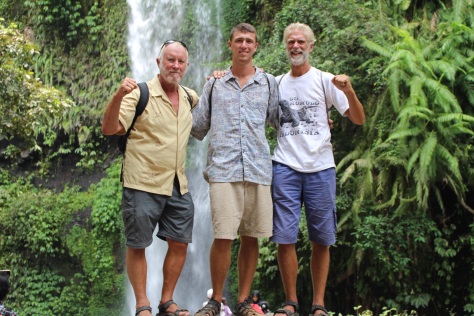 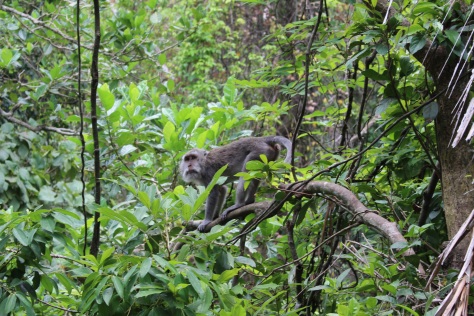 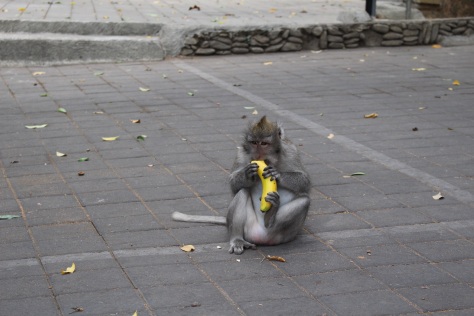 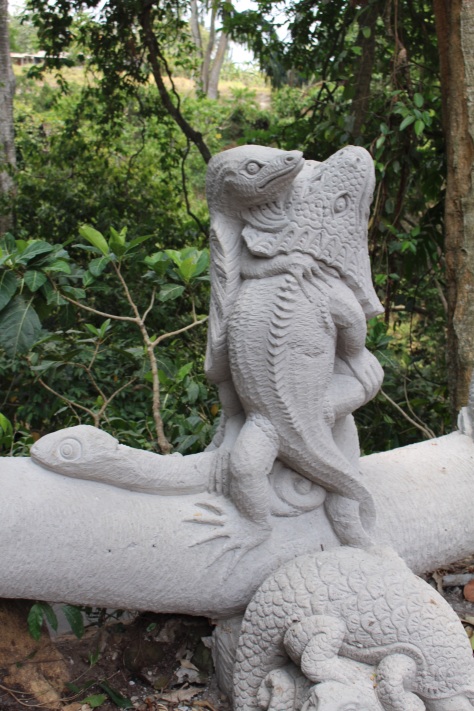 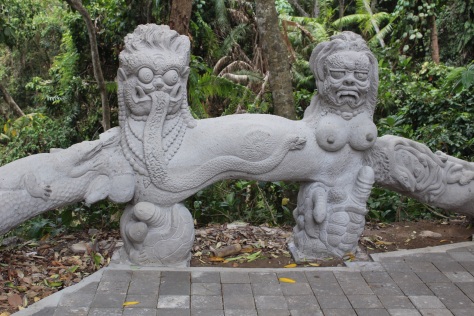 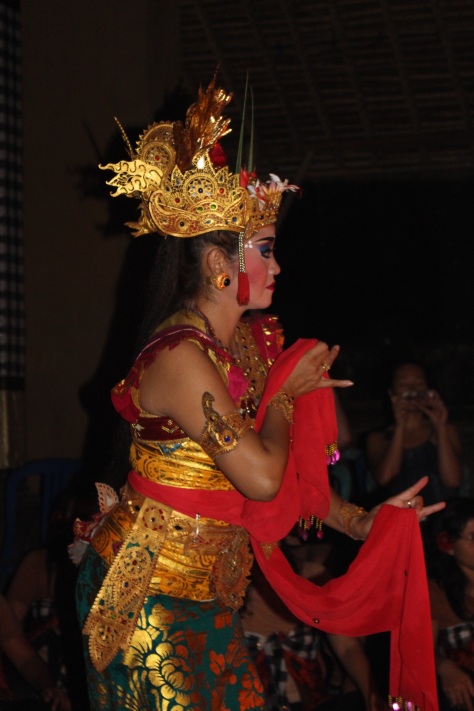 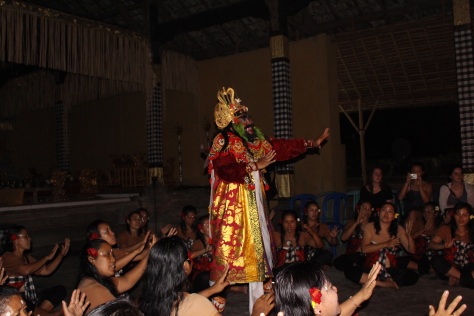 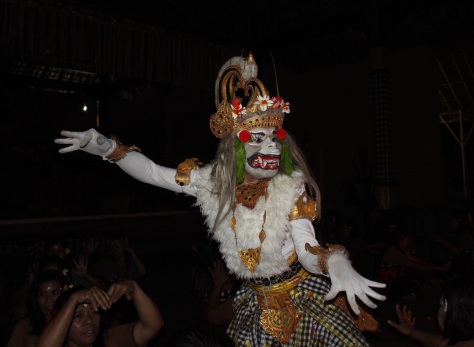 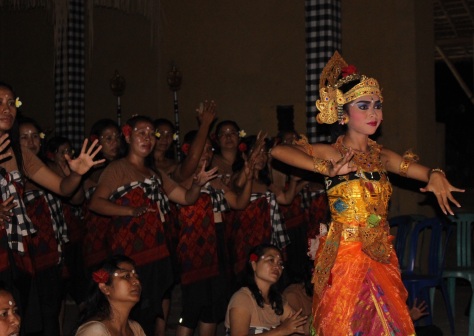 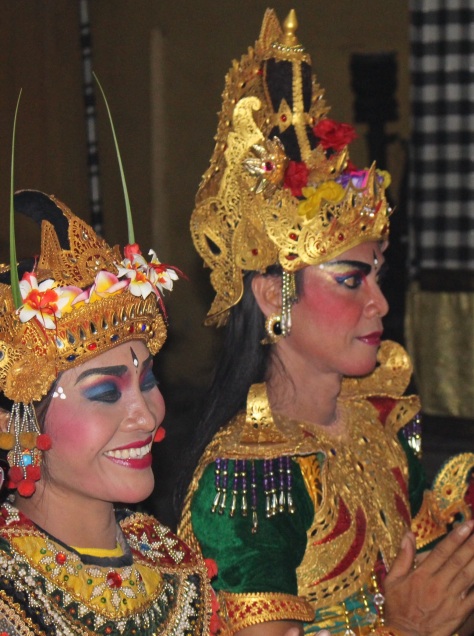 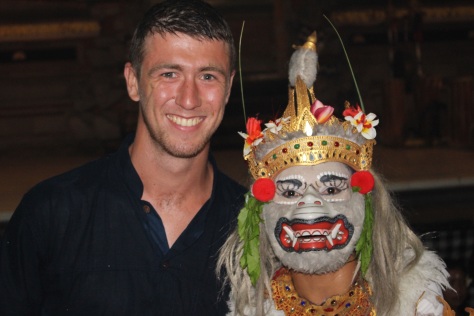 One thought on “Lombok and Bali”