With the new crew we went back to Hope Town. Kind of fun for me to sail into a place that I’m familiar with. The boat on the next mooring, Solstice, was from Wiscasset, Maine. Would have liked to chat with them, but they were about to leave. Many, many people comment that they like our boat; they like Chris White’s designs; they think we have the prettiest catamaran they’ve seen. I like being on the receiving end of these compliments!

Man O’War Cay next. A lot like Hope Town, but not as tightly packed. Met a nice couple on another boat, and had them over for a beer. Several of the boats in the little harbor appear to be “gypsies.” No masts, or no sails — they aren’t going anywhere.

Next up Great Guana Cay. We bought a few groceries, walked across the (narrow) island to an unusual restaurant, walked up the island to a neat little beach resort, bought 5 gallons of water for treating ourselves to showers, swam and scrubbed some of the jungle off the bottom of the boat. We spent two nights anchored off Guana, partly just to relax, but also because the wind was howling. The next hop north/west required heading out a Cut into the ocean for a couple miles, and then through another Cut back into the protection of the Sea of Abaco. They say it can get very dangerous when there are large ocean swells rolling into the Cut, and we knew the conditions would be gradually moderating.

This morning we made that hop, and it was a bit of a letdown — a little choppy, but nothing very exciting. I thought we might have breaking waves across most of the Cut, but no. So in an hour we were back in protected waters, and we sailed another 30 miles up to Allans Cay. It was a beautiful day and a beautiful sail, and Allans Cay is a beautiful uninhabited island with a secure anchorage. All in all, a wonderful day!

And tonight is our last night in the Bahamas. We are leaving a little earlier than planned, because the forecast is good for a few days, and is likely to deteriorate thereafter. Chris Parker is the weather guru for the area, and he says it is time to go. That’s why we sailed 30+ miles today. One last stop to enjoy Allans Cay — we went ashore, hiked the beach, chatted with two other boats (there are 5 here; it is a world apart from the boatropolis of Hope Town), swam. And Joe cooked up the last of our mahi mahi. Thank you, Fish, for providing another great meal!

We are all set to go when we get up in the morning. Not certain where we will put in on the other side of the Gulf Stream, but maybe Charleston. I’m hoping the weather is good for riding the Stream some distance north, as i have no desire to put into Florida; I’d like to get to North Carolina quickly.

Last beautiful starry night at anchor… No Regrets feels like home right now; what will it be like to shift to a home ashore…? It will be nice to reconnect with Hallie, at least! 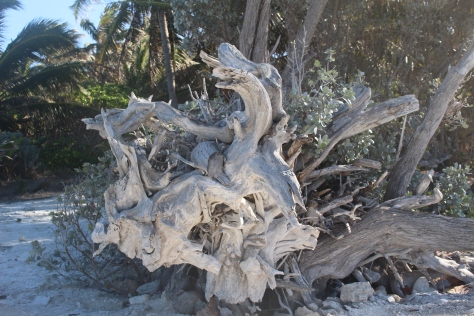 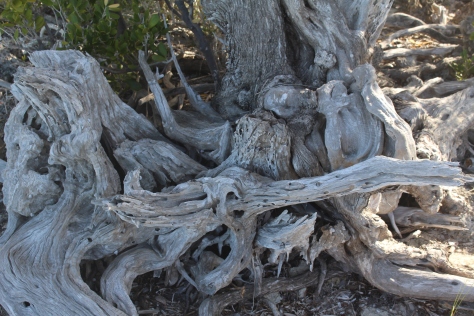 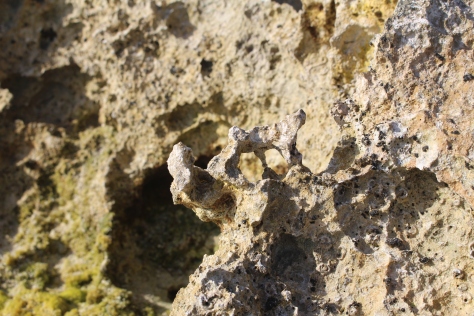 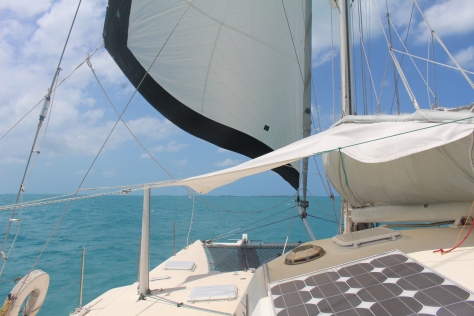 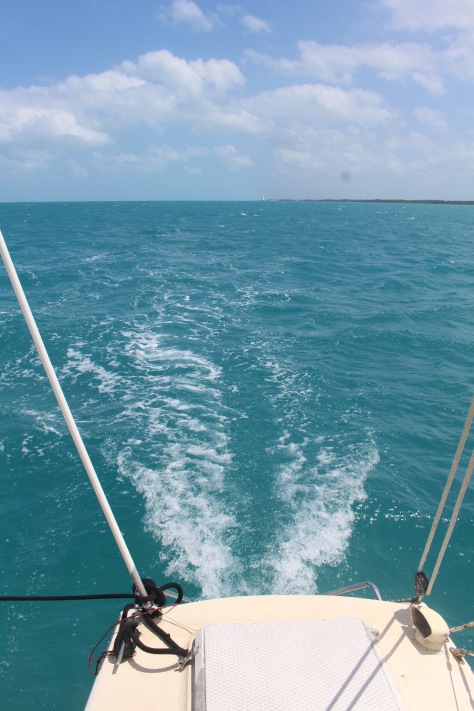 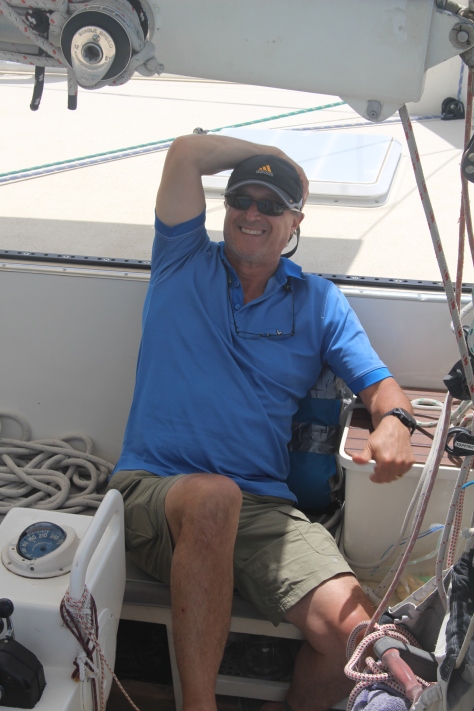 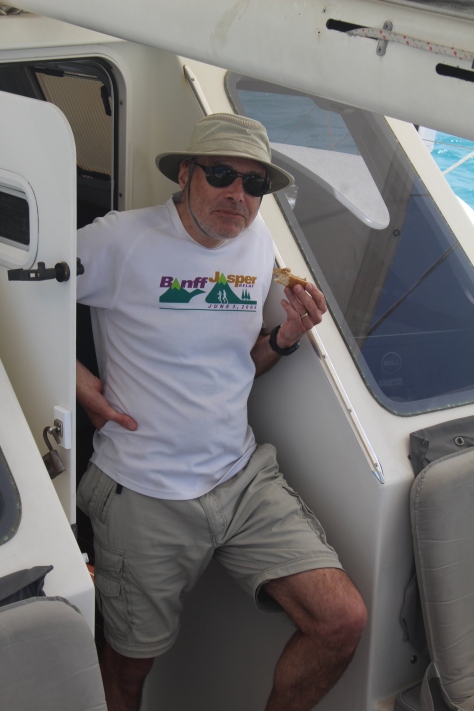 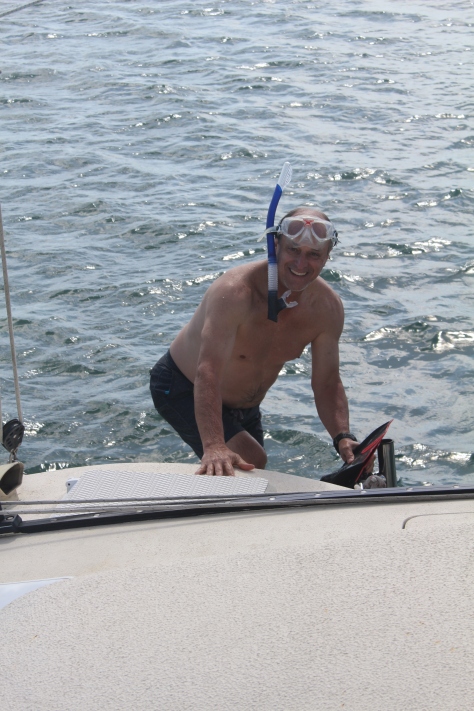 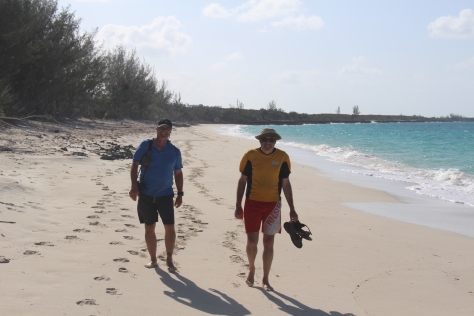 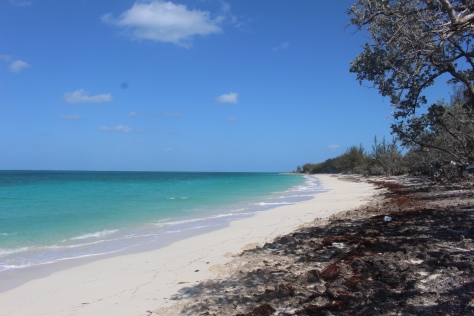 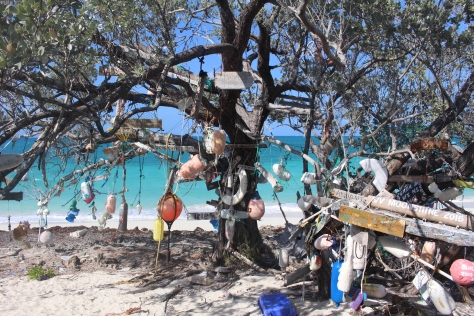 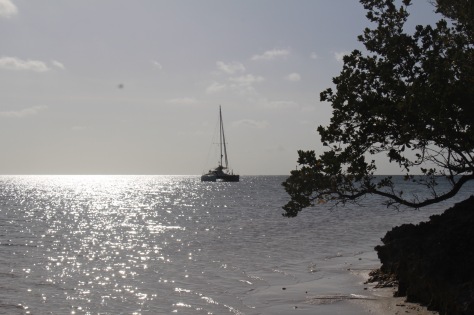 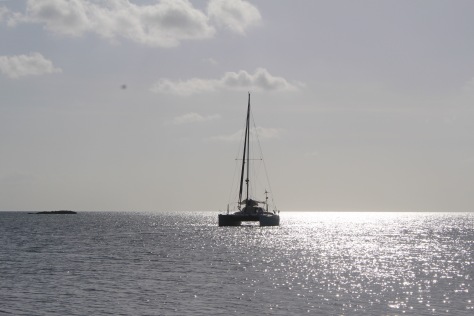